Commissioner and Director of Finance and Administration

Joseph Wolk has been a resident of Mt. Ephraim for 49 years. Joe has been married for 39 years and has 3 children and 6 grandchildren. He is a graduate of Rutgers University with a bachelor’s degree in Political Science.  Joe Wolk has been Mayor and Commissioner for the Borough of Mt. Ephraim from 1987 until the very recently. The Wolk Family are members of St. Joachim Parish.  Joe is also an active member of New Jersey Conference of Mayors and The Mayor Emeritus Advisory Board.  He also serves as a commissioner on the executive board of the Camden County Joint Insurance Fund and the Camden County Health Insurance Fund.  He is also a member of the NJ League of Municipalities Mayors Hall of Fame.  Finally, Joe is the president of Wolk Associates, an insurance brokerage firm located in Mt. Ephraim.  To reach Commissioner Wolk, email the following address: jwolk@mountephraim-nj.com.

Mayor and Director Of Public Works 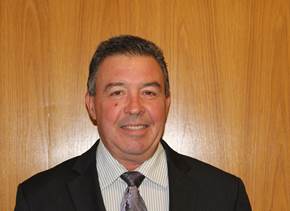 Michael “Traz” Tovinsky has been a resident of Mount Ephraim for over 50 years and has been married to his wife Denise since 2000. He is the proud father of Matthew, 24, a 2014 graduate of the University of Florida with a Masters Degree in structural engineering, and Jake, 13, currently attending Raymond W. Kershaw School. He is the son of Albert and Peggy Tovinsky and brother of Albert “Bert” Tovinsky. Traz retired from Local #14 of the Insulators Union as a foreman after 34 years of service and served on the executive board for six years. He has coached Mt. Ephraim Little League and Basketball and was past president of Little League; coached Bellmawr Street Hockey for the past 21 years; is a current board member of Bellmawr Street Hockey Assoc., the Donald McCauley Scholarship Fund and Audubon Football Golf Outing. Traz states that his goal as commissioner is “to bring a sense of pride and dignity to the town where I grew up. By working with my fellow commissioners we can achieve these goals. I will strive to earn your trust, confidence and support to bring a fresh approach to our town.
To reach Mayor Tovinsky, email: mtovinsky@mountephraim-nj.com.

Commissioner and Director Of Public Safety 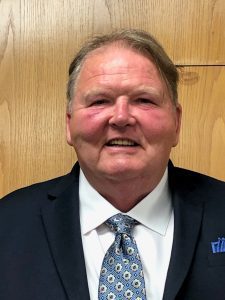 George Gies has been a Mount Ephraim resident for over 33 years. He married his wife, Dorothy Gies, 36 years ago. Together they have three children: Maggie, Stephanie, and Wade. George retired, accident-free, from PSE&G after 30 years of service as a Substation Operator. During those 30 years, he was a member of Local 94 IBEW and AFL-CIO, and he also was a member of the statewide safety council and a shop steward. In our community, George is currently the President of Mount Ephraim Athletic Association, which serves over 350 youth in basketball, baseball and softball. In basketball, he helped rebuild the Mount Ephraim Basketball Association 25 years ago by increasing the number of divisions, adding clinics, and increasing practices, making it one of the best youth basketball leagues in Camden County.  He has served as a long time coach, VP, and President.  In baseball, he is the current Senior League Commissioner, District Senior League Coordinator, and long time coach.  George and his team broke a 55 year championship drought when he won the District 14 Championship, and he has gone on to win 6 more, as well as its first Sectional Championship in 2018. Academically, George has been sharing his Civil War memorabilia and enthusiasm for the past 15 years via presentations at Raymond W. Kershaw. As the commissioner in charge of Public Safety, George is looking forward to collaborating with his fellow commissioners and Mount Ephraim residents in order to ensure our town is a safe, desirable place to live.  To reach Commissioner Gies, email:  ggies@mountephraim-nj.com